Surviving Human Trafficking: A case for Strengthening the Escape Routes Adopted by Victims of Trafficking in Uganda

Characterized as modern-day slavery, human trafficking has attracted the attention of scholars, legislators and law enforcers in many countries. A major gap in efforts to curb the problem, however, relates to the fact that attention is being paid primarily to legislation; prosecution and punishment of traffickers; and rehabilitation of the survivors of trafficking. Efforts to support people who are still trapped in trafficking situations are generally nonexistent. This paper reports the findings of a study that attempted to respond to the need to support these people by generating
information on the routes by which victims of trafficking in Uganda escape bondage. Using interview, data were collected from twenty-six survivors of trafficking on the ways through which they escaped and the factors that supported their escape. The findings were that the victims of trafficking had escaped by: 1) acquiring the (financial) resources they needed to escape the bondage of forced labor; or 2) getting referred to organizations where they obtained the support that they needed to exit bondage. Yet—it was also found—information on support for the victims of trafficking is generally unavailable and victims accessed it after they had been bonded in trafficking situations for a while. It is concluded that the limited availability of this information is a major factor in sustaining the bondage of the victims of trafficking because it ensures that victims are unable to
seek/ obtain help even if it is available. Hence, the government, faith-based and civil society organizations providing support for victims of trafficking are urged to expand the reach of information on the support services that they offer. 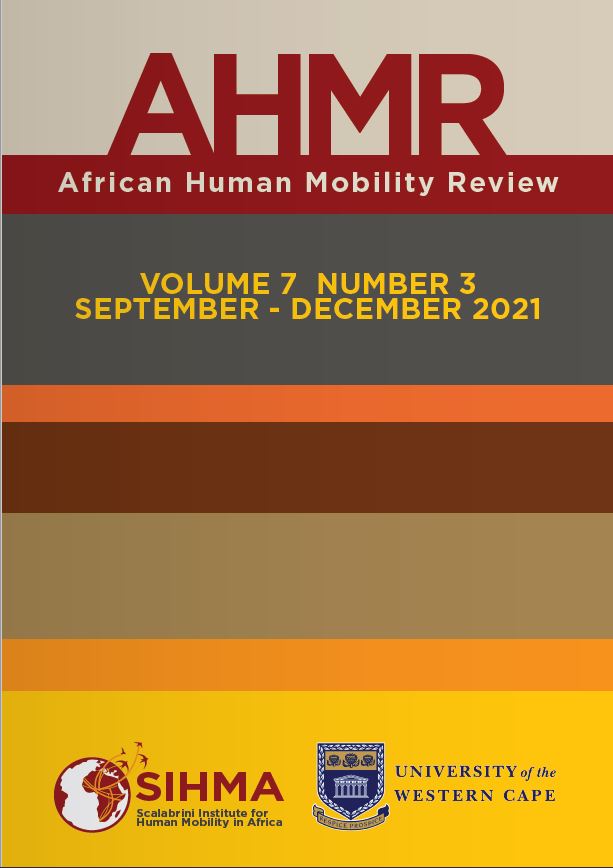 Articles and reviews in AHMR reflect the opinions of the contributors.

All rights reserved. No part of this publication may be reproduced without the written permission from the publisher.